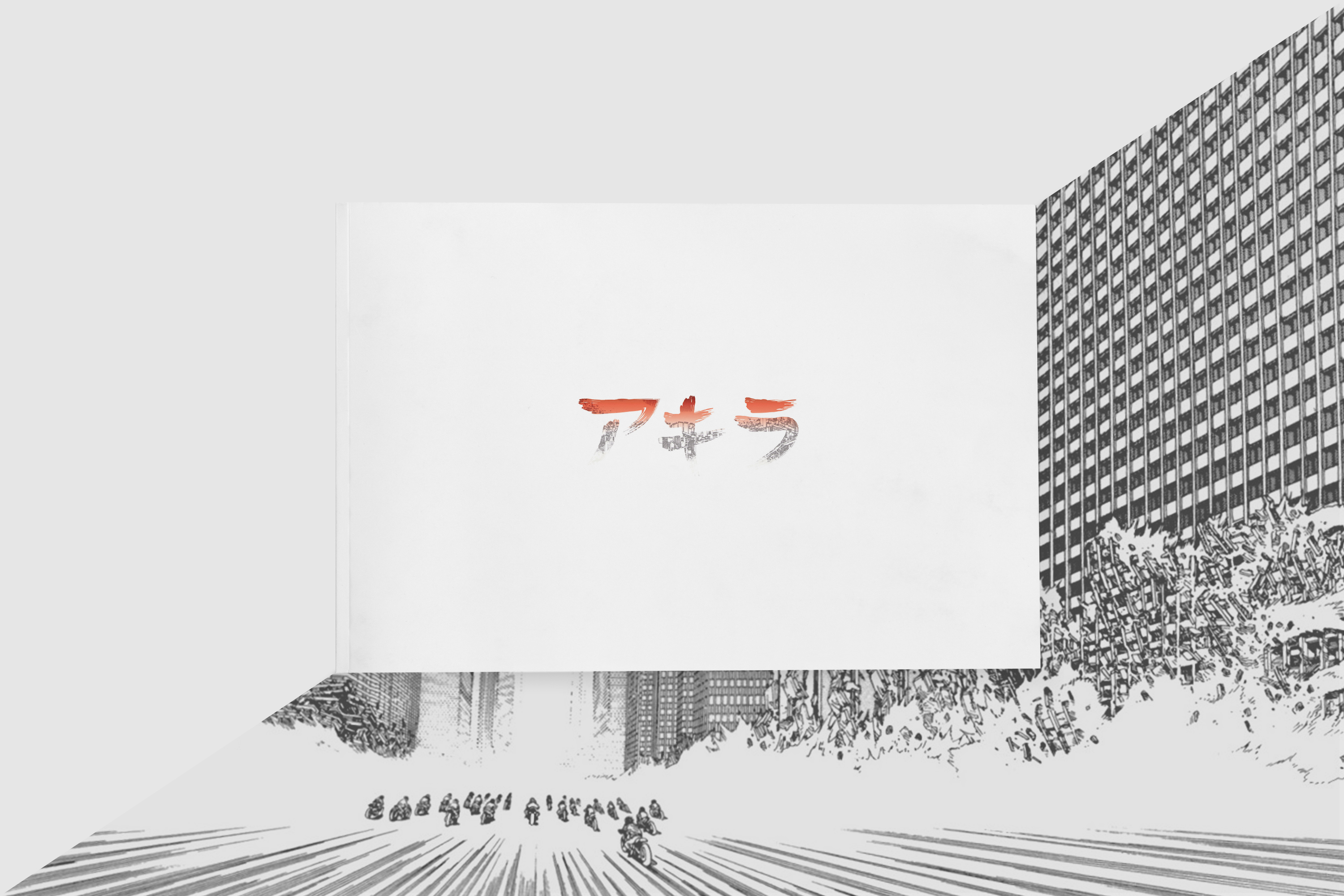 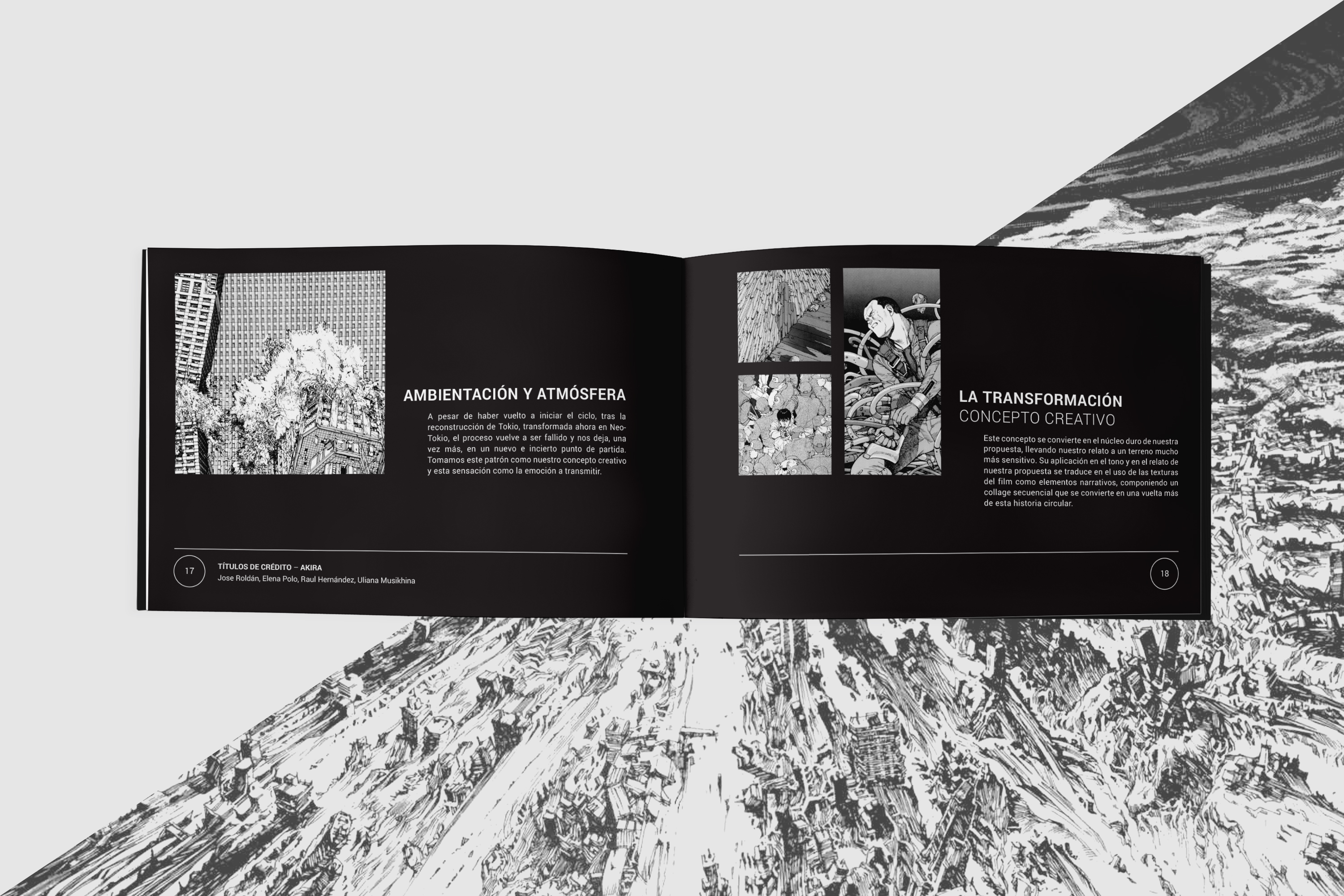 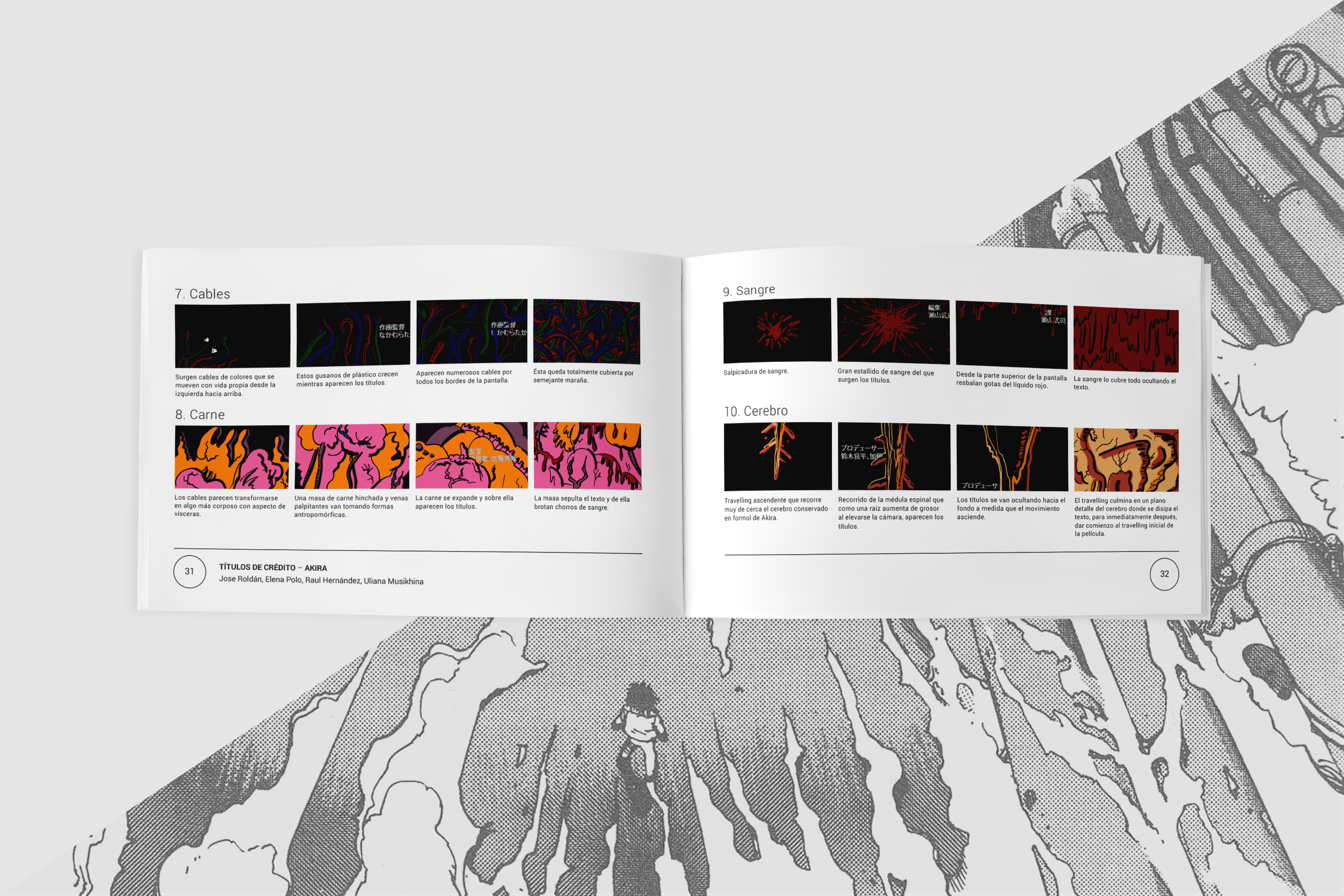 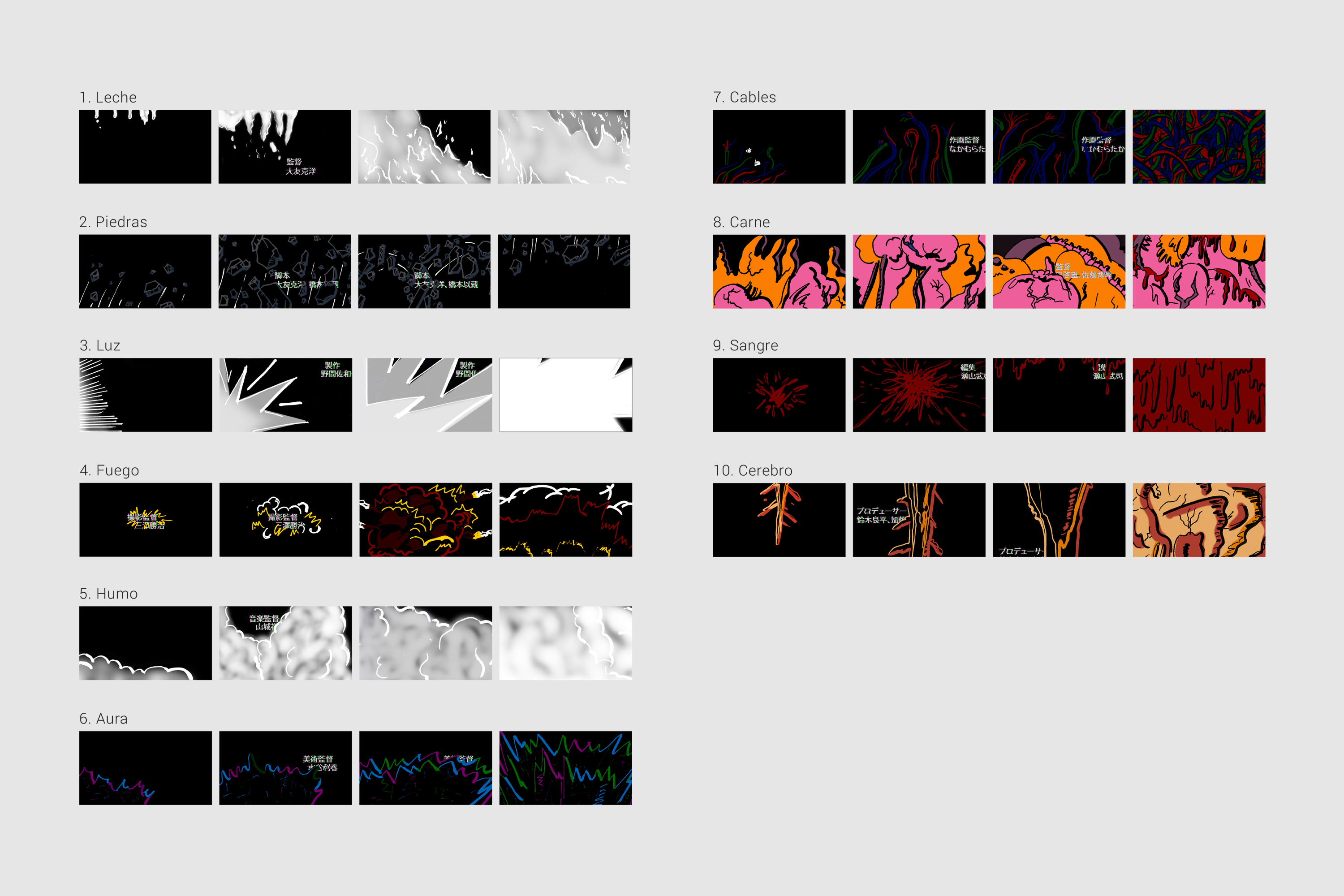 The purpose of this project is creating an alternative version of the opening credits for the animated film Akira. Also it includes the document specifying, at a conceptual, aesthetic and narrative level, the different codes that make up the art direction of the new opening titles. This document is aimed at directing the specialists involved in the execution of the credits.

At the argumental level, the director’s intention is to transmit the circularity, one of the great maxims of the Taoist philosophy, applied to the history of humanity or, more specifically, the history of Japan in the last century. The plot plunges us into a kind of looping spiral, which brings back to a whole process of disturbing and somehow random, although vicious and inevitable transformations. The sense of fatality and uncertainty follows us throughout the story. On the one hand, the characters tell us how the destruction of Tokyo was achieved in 1989. On the other, in 2019 we have a repetition of the same mistakes, which lead to exactly the same point of self-destruction, leaving us at the dawn of a new and uncertain beginning of everything.

Despite having re-started the cycle, after the reconstruction of Tokyo, now transformed into Neo-Tokyo, the process is again failed and leaves us in a new and uncertain starting point. We take this pattern as our creative concept and this feeling as the emotion to convey. This concept becomes the hard core of our proposal, taking the story to a much more sensitive area. The application of the tone and textures of the film as narrative elements help us to compose a sequential collage that becomes an additional turn of this circular history.

We seek to transport the viewer, to introduce it in the sensory universe of the film. By means of the tonal palette, the contrast between darkness and light, the use of close-up shots and a soundtrack that is fast and extremely industrial, we can immerse the viewer in the climate of uncertainty.

We find it in the scene where the children burst with their monster toys in Tetsuo’s room in the technological complex where he is being held. It symbolizes for us that lost childhood to which the film refers, and which is portrayed by the origins of the protagonists, all orphans, raised in an institution.

A broken floor has been weightless, which ends up becoming a natural disaster. It symbolizes the fragility and instability of the government, which not only do not provide protection to society, but also become a dangerous and violent trap, as we can see in the scene in which Kaneda band is arrested by the police after the Tetsuo’s incident with the boy.

The light, and the absence of light in Akira have a paramount importance. The meaning of light in this film is dangerous and destructive. Light devours the stages, destroys them. The contrast between light and darkness is one of the best dramatic features of the story, and is always the trigger for a new transformation.

The explosions symbolize the beginning of Tetsuo’s power: a convulsive and uncontrolled destruction that leaves him disoriented and bewildered, since he is not able to control his abilities, which are activated accidentally by his attacks of anger and his constant headache.

After the explosions there is always an immense cloud of smoke that reveals, as it dissipates, chaos and destruction, calm after the storm of violence.

It is the luminous representation of the energy of Tetsuo that contributes one of the scientific machines of the complex. It shows the evolution of the power of Tetsuo and ends in the implosion of the own machine when this loses the control.

They appear in the film when Tetsuo loses his arm and a new robotic arm arises from a branch of cables. They symbolize the failure of technocracy and dehumanization caused by overconfidence in scientific and technological advances.

This is Tetsuo’s latest and most truculent transformation. A kind of tumor that transforms the character into a monstrous entity and ends up engulfing everything. It portrays the monstrosity that remains as a result of the nuclear disaster.

When this monstrous flesh becomes saturated, it explodes in a bloodbath that soaks everything. It shows us, explicitly, the transformation of that tumor into a liquid residue, which helps us to introduce the last texture-sequence.

At this moment, at the conceptual level, we introduce to Akira as a destructive and healing element, which sets the counter to zero once again, giving way to the great explosion that starts the film. We show Akira’s brain in a tracking shot, which means the first and only camera movement, which links with the city’s tracking in the prologue.