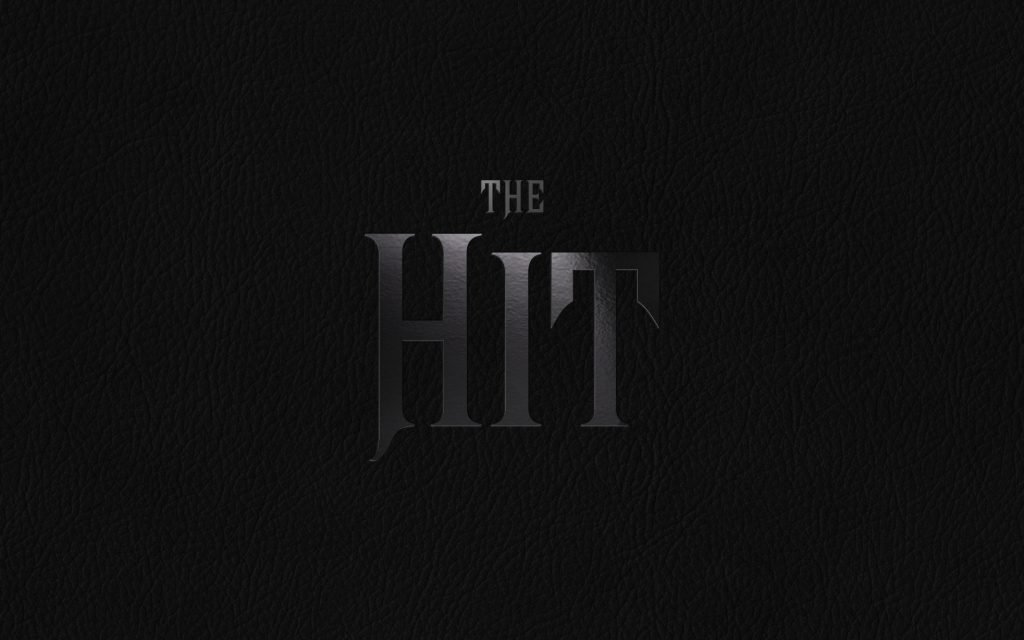 This project consists of the elaboration of a visual and esthetic universe for a perfume. As a starting point we had a sample of the aromatic liquid. The creative process started with brainstorming, where a concept and the tale for the fragrance were developed.

Apart from the conceptual universe, a complete analysis has been carried out. The project contains the complex guidelines – the creative book. It has been elaborated for the professionals who will have to develop any type of visual parts for this perfume.

We defined the naming, the form of consumption and the possible target. Packaging and bottle shape have also been designed. The development of the complete synthetic visual universe includes detailed indications of the tone and style to be used. The creative book contains the information about typography, color, textures and materials; it also includes requirements about casting, locations, lighting, details of the props and makeup.

The moment of contempt

I woke up scared. Falling, dead, disoriented, helpless and lost. Being a passive spectator of my own fall, terrified by the descent that seemed endless. Among flutters I fell, ruled by the faintest gust of wind that now seems to control my destiny. I woke up divided between the vertigo and the flight of that miserable memory of the first fall. Nostalgic and defeated after accepting again that the idea of control I had, in fact never existed.

Time passed, which gradually lost importance until it became meaningless. Ignored, unattended and forgotten, I flew uncontrollably through the dark and humid corners of this room that I once felt mine. And so I lived for months, years and decades, although perhaps they were only hours. The idea of time deteriorates when everything despises you.

It would have been easier to go through the days alone, isolated, mimicked between objects without a pulse, but to see you continue unharmed with my absence became an unbearable torture. I would have settled for leaving you, losing you and even forgetting you, but I never thought that I might hate you. I was part of you, but now I feel every second of those moments when you didn’t ignore me.

Between endless falls I once felt alive, it was the day when your step stirred my body and lifted me again to a flight that, like so many others, I knew would end in fall. But that day was different, I felt alive again. My journey crossed the sun that filtered through the window, it was then I felt the ray of light, the heat. I felt again the warm caress of life that reminded me of the moment when I was part of you. It was the day when everything changed, I decided to pursue the feeling to forget to hate you.

After so many tramp flights and inexhaustible falls I attained to rest one day between your sheets. In a state of ecstasy, finally to lay in a ray of sun that seemed motionless. It filled me with life again, everything was perfect. For a moment I forgot you. But that was when you decided, again, to cloud the only moment in which I felt alive. You dropped on your bed, and my weak body shot out and floated in the air expecting another inevitable fall. I hated you. My worst fear came true, I fell on you. Your breath consumed me.

I was awakened by the touch of your skin, I was alive, warm, I was part of you again. I don’t know if I hate you, I don’t know if it’s worth feeling alive knowing that soon I’ll fall again.

Our creative concept seeks to capture the exact moment in which the emotion generates a change of attitude in a point of no return. Specially when the emotion is a contempt which affects the victim of such rejection.

The concept is originated from the documentary analysis of the fictional point of view and humanization of the skin particle that detaches and falls from the body, becomes ignored, forgotten and despised.

This humanization and contempt for something as proper as the skin can generate countless questions that even reach existentialist tones, or even better (or worse) can generate a tangential empathy with anyone who has been despised or ignored – our target.

From the story and then the concept we generate an analogy to those people who, after such emotional contrasts, suffer or believe to suffer anxiety attacks.

The Hit. It alludes to the idea of the shock that causes an extreme and instantaneous change in perception and in all the senses. Making an analogy to the use of strong drugs that generate a shock at the moment of consumption. A hit. In this case, a hit towards calm.

Without distinction of gender «The Hit» perfume seeks to relieve those ridges of negative emotions that are becoming more common.

Conceptually, an anxiolytic could be considered a response to contempt. However, our proposal doesn’t want to dwell on this conceptual area.

We propose to include in our perfume a low dose of minor tranquilizing assets of low risk. The most viable options are the psychotropic pharmaceutical assets of the benzodiazepine family or alternatives of less restriction as long as they don’t produce sedation.

When proposing an expensive perfume that only responds to a situation as specific as an emotional peak we propose to reduce its presentation to the minimum, a single dose (1.3 ml of perfume). This guarantees its consumption in critical situations and also increases its degree of exclusivity to the consumer.

«The Hit» proposes a different methodology than usual, it does’t apply directly to the body. The perfume should be poured over the silk handkerchief and then inhaled.

This gesture, seeks to focus the attention on the process of using the perfume, just as in extreme case of hyperventilation in anxiety attacks.

The handkerchief is not only a tool, but an object charged with meaning. It was initially adopted by upper-class ladies who used them as a delicately ornamented object of distinction. Even today, silk handkerchiefs are conventionally related to expensive costumes and luxury brands.

This process of consumption arises from the investigation of the use of high-end products common in Victorian times. Pocket watches, which require continuous adjustments, should be placed in the correct pocket, recharging their spring, opening and closing delicately. Consumer experiences that increase the significant value of products when linked to a specific methodology of use.

One of the techniques used to calm anxiety works by focusing the attention of the affected on a specific task, distracting from what is overwhelming.

Taking this into account we seek to generate an interesting surface to the touch, where this sense is stimulated to the point of catching consumer’s attention. One of the ways to achieve this is by generating formal contrasts.

We explored different forms to locate a contrast to make it attractive to the touch. We selected an inverted cone with rounded tip at its base, generating an edge to be perceived by the touch.

One of the most efficient ways to grasp the intention of touch towards an object is through reliefs. That’s why we decided to add minimal half-spheres along the entire body of the container.

Taking into account that the human brain is “designed” to recognize homogeneous patterns we decided to place on the surface of the container a pattern that simulates a certain randomness. In this way we can distract the attention of those who feel this texture. This insight comes from the analysis of easily recognizable nervous gestures during anxiety attacks.

The half-spheres distributed in the body of the container are increasing exponentially in multiples of 3 from the base upwards, the lower part protrudes a single half-sphere, a centimeter later they protrude 3, then 9, then 27, then 81 and finally 243 half-spheres.

This seemingly organic pattern illustrates the fall of that particle of skin to emptiness, from the initial 243 at the top to the only and lonely at the bottom of it, the one that fell before the rest. 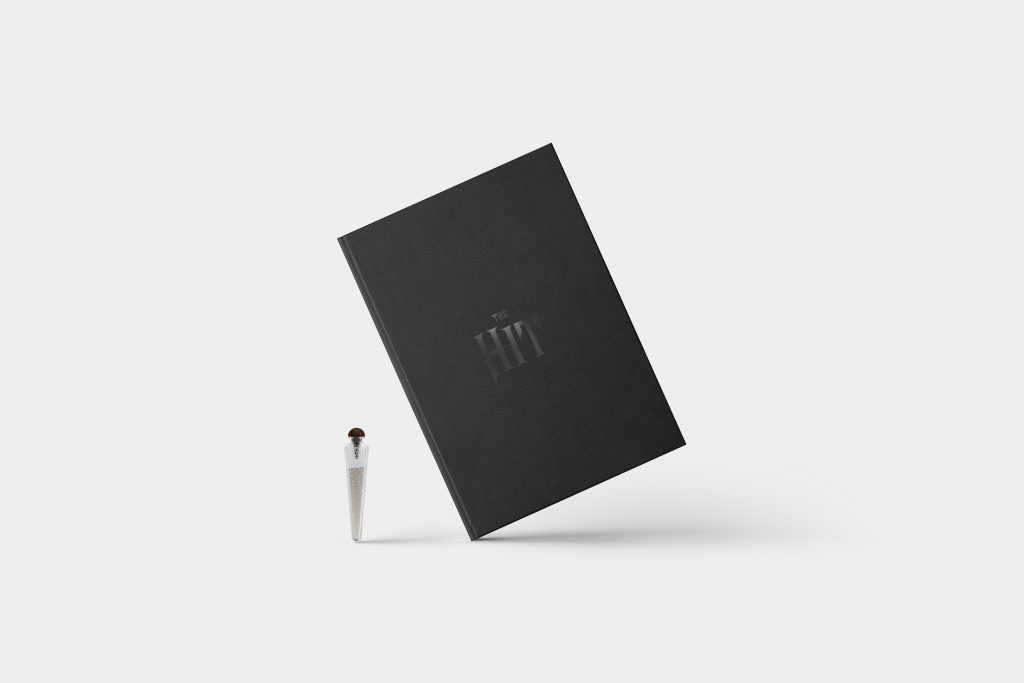