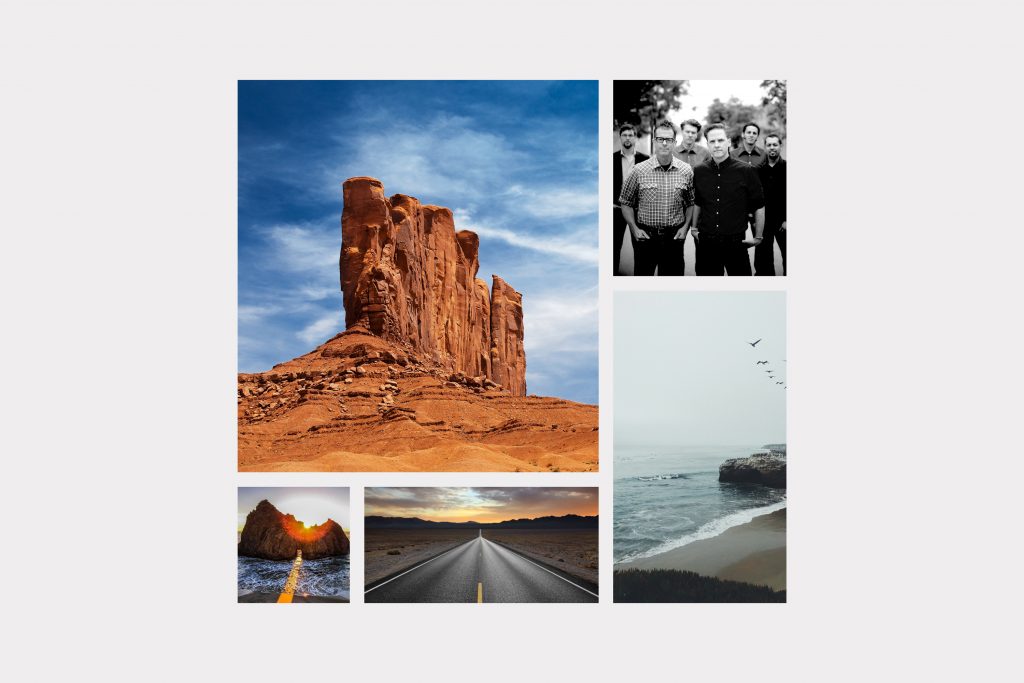 Calexico is a Tucson, Arizona-based Americana, Tex-Mex, indie rock band. Their musical style is influenced by traditional Latin sounds of mariachi, conjunto, cumbia, tejano, as well as country, jazz, and post-rock. The band has been described by some as “desert noir”, and is named for the border town of Calexico, California.

With more than 20 years of experience and isolated from the focus of media attention they are known by their musical neatness and eclectic live shows. This combo have earned them the admiration of fans and critics around the world.

We were asked to renew the communication strategy of the band and to develop the new conceptual proposal for their new world tour. The creative team worked on every detail in order to build a new imaginary that would expand the number of followers of Calexico and reposition it worldwide as a musical reference.

This concept is a result of the analysis of the musical identity of Calexico: a band of great trajectory that revolutionizes and adds layers of musical wealth thanks to the implementation of new sounds, rhythms and instruments. It’s a result of the crossing the political, arbitrary and temporary borders that divide the American continent.

The tour would carry the name “La casa de Calexico”, referring to the ocean as the only real border of the American continent. The house of Calexico also refers to the walls of the house as the first frontier to face and to cross.

The cornerstone of our proposal is the immersive experience, a sophisticated, warm and quiet open-air live show.

The aim is to continuously isolate the assistant of the everyday world, immersing him in an audiovisual experience, locating the fans in a universe where they can truly appreciate the band and, above all, their music. We avoid blocking the space of the attendees. There will be no distinction of zones. Without borders.

The universe of all the actions related to the tour will be linked to the initial concept, imaginary borders, always taking into account the attitude of the band throughout their career, with many references of lighting, color and textures taken from Tucson and the desert of Arizona, contrasted in turn with different styles.

Seeking to emulate the feelings provoked after facing alone the immensity of the desert of Arizona we propose to locate the recitals in esplanades in the middle of forests around the world, with this we locate to the spectator in an unusual context.

Considering that the band avoids the media focus and focuses on the quality of music, certain visual barriers such as trees and vegetation can be allowed during the recital.

As part of the tour the band will have classic bluebird-style buses in the neighborhoods close to the show venues, from there attendees can be transported to the location.

The way to the recital is the portal of the house of Calexico. As the beginning of the experience and as part of the security control, all the attendees will cross a frame that would represent a fictional barrier. From there the public will enter in the forests, being isolated incrementally and having as center of attention the stage and its vertical structure as a reference point.

It will be very important that the band starts their presentation two hours after sunset, this schedule will be maintained throughout the tour. With this we seek to locate the assistant in two completely different scenarios, the forest by day and the forest at night, offering different images, histories and experiences.

Following the initial concept, Calexico invites the public to their home. The stage will be in the middle of the forest and it’s relatively simple. A square platform will simulate the interior of a house following the parameters of the visual universe. It will be highlighted by the classic candelabrum of almost 6 meters which will be located in the center above. The stage will be decorated with classic furniture, floor lamps, carpets and cabinets.

Locating the square stage without barriers is intended to generate a stage in which the assistant can see the show from any angle. The nuclear arrangement of lighting also builds on this concept.

In the public areas will be placed lanterns of warm light that will increase in quantity as the assistant approaches the stage, generating a dispersion of light bulbs from the stage towards the limits of the recital.

As part of the experience, the furniture will be located throughout the entire area of the location, with this we seek to emulate living rooms in the same style of the stage, where attendees can sit, relax and appreciate the show in the house of Calexico. Also the location will be decorated with mirrors and land art pieces.

As a nod to the indirect invitation of the band to cross the imaginary borders that limit in everyday life, we propose to generate a dotted line of light that simulates those cartographic elements. These pieces will be located on the floor surface and will light up as part of the show. One after another, they will begin their route in the stage and will extend radially until ascending and finishing in the highest zone of 4 towers of 20 meters of height located in the public area.

Analyzing the graphics made for Calexico tours during more than 20 years, it can be clearly identified the key graphical elements and illustrations styles that are repeated in almost every poster or album cover of the band.

In the identity proposal for the new world tour, the creative team combines the typographic references of popular signs of Latin shops with bright colors with their manual and imperfect treatment. Also the heavy typefaces and illustrations saturated with pictorial elements were created for the new tour. This graphical style perfectly describes what is found in the American continent, in the «Casa de Calexico» 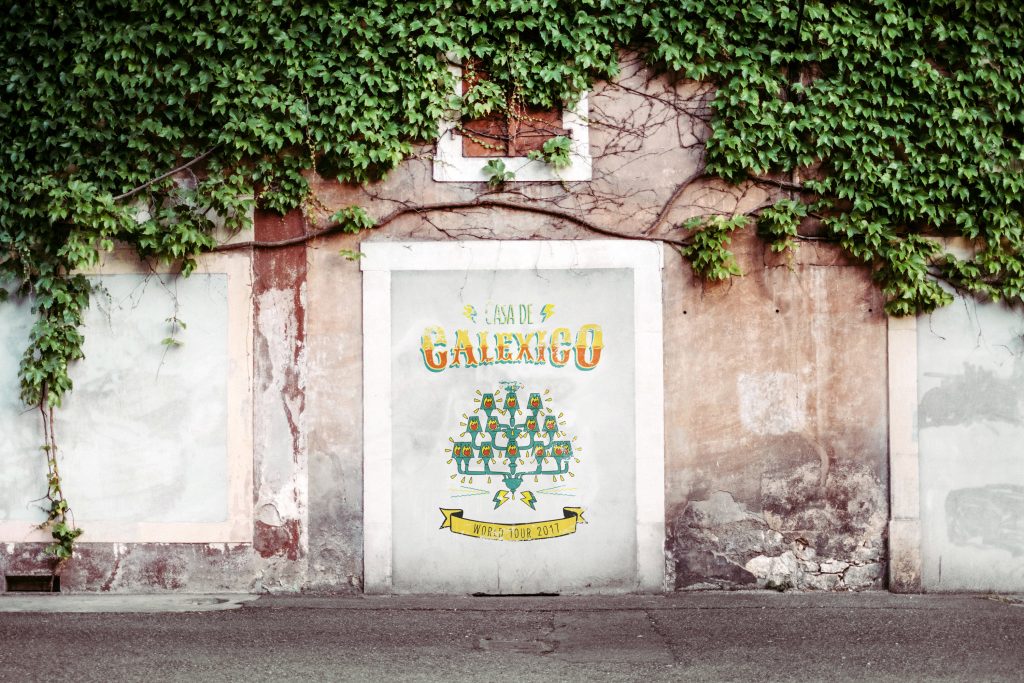 Tears in Rain
The Hit